During CES 2023 in Las Vegas, HP announced the latest entry to its Dragonfly notebook series, the Dragonfly G4. Catering to SMIBs and business use in general, HP states it’s the world’s first business notebook to support the simultaneous use of dual cameras. It also comes equipped with Intel’s latest 13th Gen Mobile processor and HP Fast Charge support that can charge the G4 up to 50% battery in just 30 minutes.

With numerous features on offer, HP’s latest Dragonfly entrant, the G4, has been updated for 2023 with the inclusion of Intel’s latest 13th Generation mobile processors. The HP Dragonfly G4 has various configurations, including a svelte 90% recycled magnesium alloy chassis, starting with a weight of just 2.2 lbs. However, depending on the configuration, it could weigh slightly more. 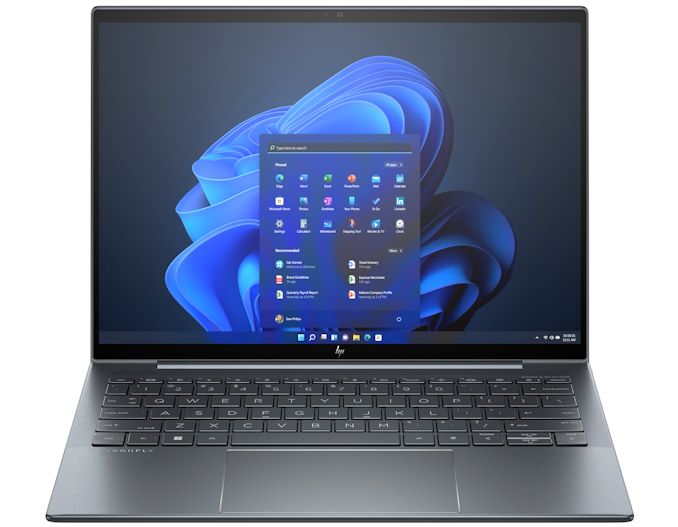 Touching on some of the finer specifications, the HP Dragonfly G4 can be configured to support up to 32 GB of soldered LPDDR5 memory. However, memory support depends solely on the processor, and HP hasn’t shared which of Intel’s 13th Gen mobile line-ups will be featured. Regarding storage, users can have up to 2 TB of PCIe 4.0 x4 M.2 storage. At the same time, the 13.5-inch diagonal (3:2) display can be configured with a 400-nit WUXGA+ screen, a 1000-nit Sure View Reflect panel, or a 3K2K OLED 400-nit display, and available in both touchscreen and non-touch variants.

Touching more on HP’s claim that the HP Dragonfly G4 is the world’s first business notebook to support the use of dual cameras at the same time, HP also states that the second camera is sold separately or as an optional feature and also requires the myHP application to work as intended.

The HP Dragonfly G4 is expected to be available sometime in Spring in either a Slate Blue or Natural Silver colored finish. Pricing and a complete list of specifications are expected closer to its launch.